The history of the palace is linked to one of the families with the longest winemaking tradition in Spain and Europe.

A symbol of social and business power in the city of Jerez de la Frontera over the centuries. 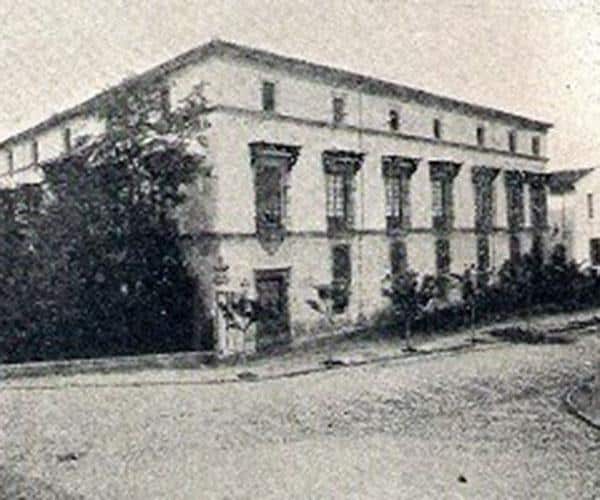 The history of this house begins in 1775 when Antonio Cabezas de Aranda y Guzmán (first Marquis of Montana), ordered to build a palace in the Llano de San Sebastián. His enormous economic power as a merchant and winemaker allowed him to high positions such as Perpetual Prosecutor of the Royal Court of Jerez and Deputy of the Common Council of Jerez. 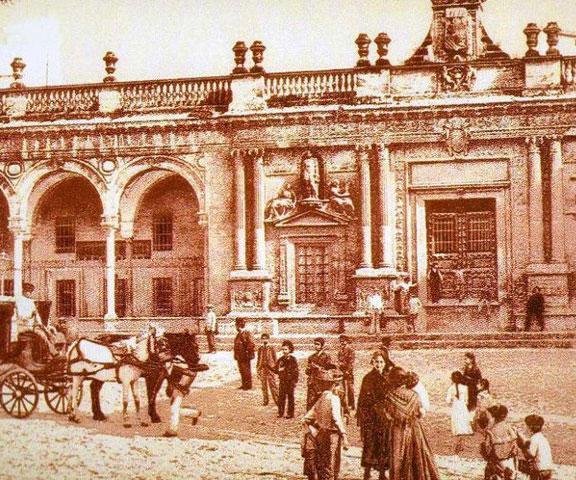 In 1785, the Marquis of Montana died without descendants. In his last wishes, he wrote that the palace was to be managed by the Council of Canons of the Collegiate Church of Jerez in order to lease it and use its rent to defray the expenses of the city’s women’s hospitals. 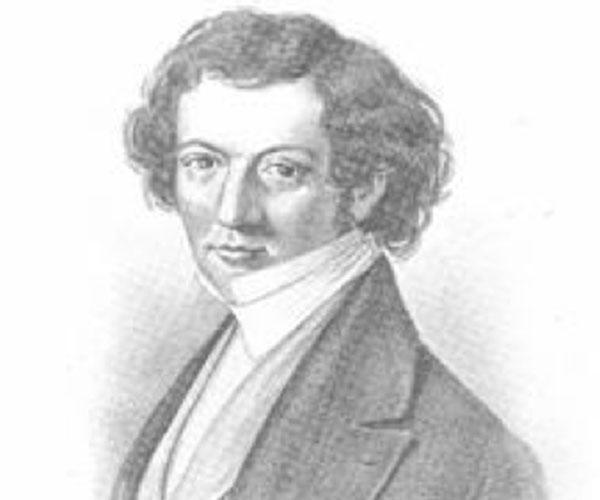 Son of the French Catalina de Lembeye y Haurie and Juan de Domecq, lord of the House of Domecq d’ Usquain, he arrived in Jerez from London to take over the winery of his great-uncle “Juan Haurie y Sobrinos”, of which he later acquired all the shares.

A visionary and excellent businessman, he revived the winery and made it the most successful in Jerez. In 1818 he bought all the shares of his uncles Haurie and in 1822 he changed the company name to “Pedro Domecq”, a name that has endured throughout history. 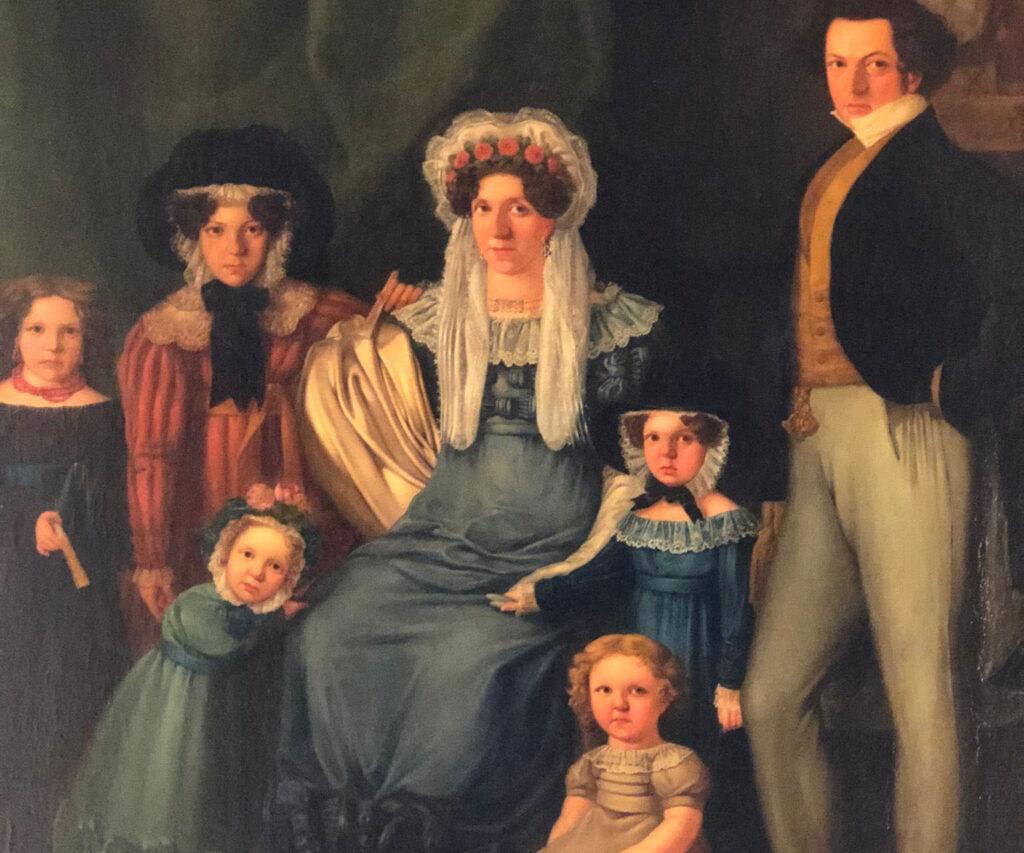 Diane of Lancaster and daughters

In 1814 Pedro Domecq Lembeye married Diana of Lancaster in London, who was related to the English royal family. The couple had five daughters: Diana, Adela Clotilde, Cecilia Eulalia, Elisa and Carolina. All of them married in France to different members of the European aristocracy with the consequent separation from the family business in Jerez. 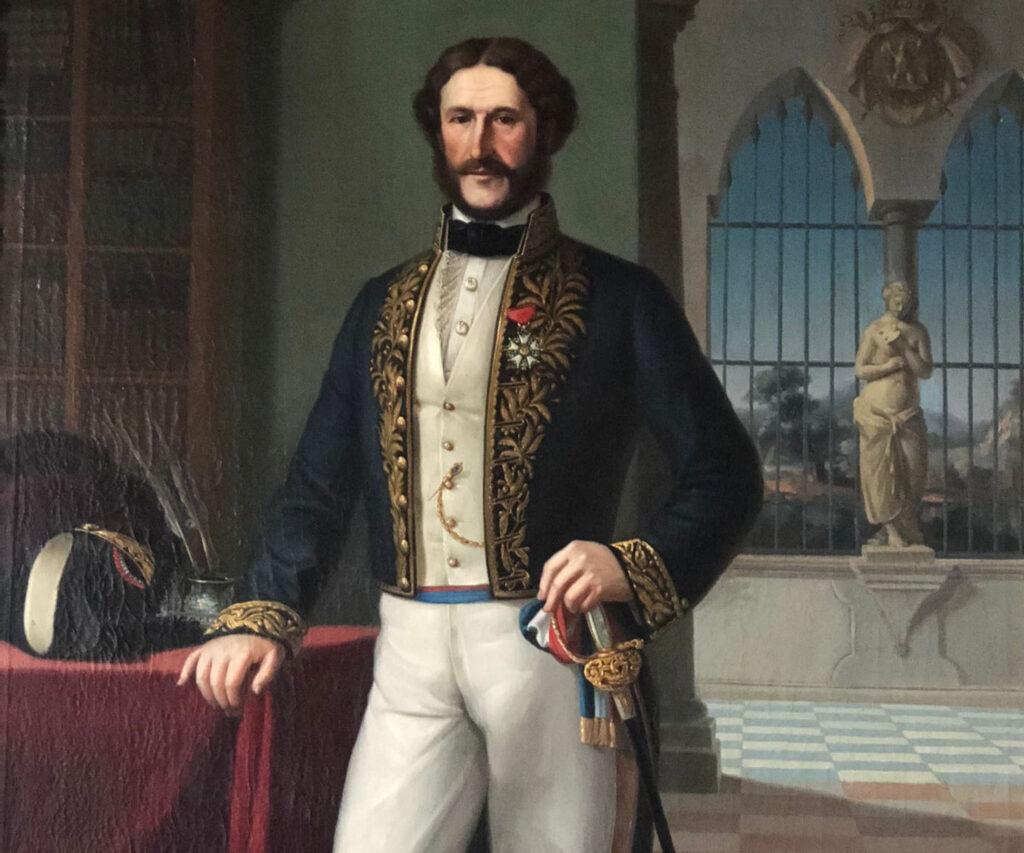 Upon Pedro’s accidental death at the age of 52, his brother Juan Pedro – who was already involved in the business – bought the shares of his nieces Domecq Lancaster.

This carried out great achievements in the Domecq winery. So much so that he acquired the Palace in 1855 paying more than half a million Reales de Vellón to inhabit himself and, later, his descendants.

When he died, he left a valuable heir, his natural son Juan Pedro Aladro, whom he recognises by his family name. 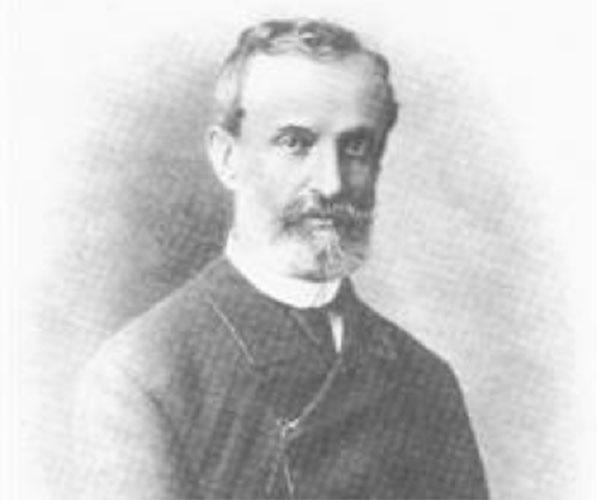 He was, therefore, the third member of the Domecq family to arrive from France to Jerez de la Frontera.

He was left in charge of the business which he already shared equally with his uncle and which he would later manage with Juan Pedro de Aladro.

He was the first Domecq to marry in Jerez, as he married Carmen Núñez de Villavicencio, who belonged to a wealthy and traditional Jerez family.

Their long line of descendants survives to the present day.

He is considered the father of Brandy de Jerez.

In 1869, Juan Pedro de Aladro became the heir to the palace and all his father’s estate. He continued the family business together with his cousin Pedro Domecq Loustau, both co-owners of the Pedro Domecq winery.

Aladro was an outstanding diplomat. A cultured and immensely generous man who lived between London, Paris and Jerez. He spoke eight languages and was a pretender to the Albanian throne as a maternal descendant of Princess Kastriota.

Juan Pedro Aladro y Domecq died without descendants, and the winery passed into the hands of the Domecq Loustau family. 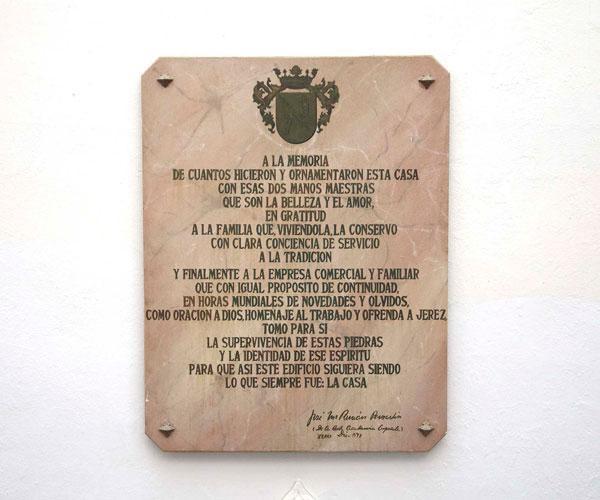 The palace was protected during the 20th century from various historical vicissitudes thanks to the Pedro Domecq company, that made several reforms to adapt it to the new times and allow it to be habitable. 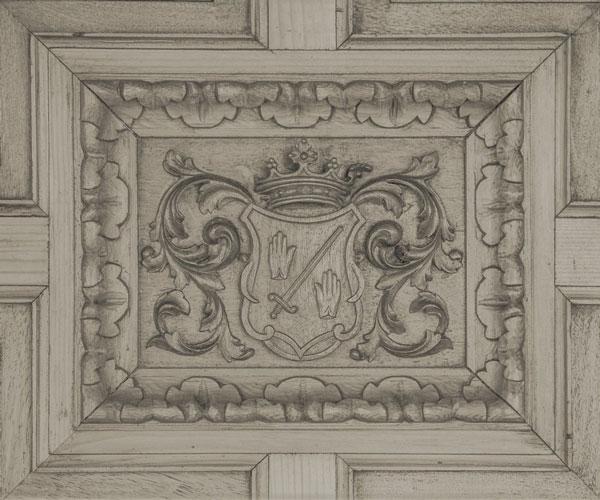 The palace was declared an Asset of Cultural Interest in 2002 and returned to the hands of its descendants in 2013.

Since then, its conservation has been considered fundamental to maintain the splendour of the most representative baroque palace in Jerez de la Frontera.

If you are planning to visit the Domecq Palace, make sure to plan your visit in advance. 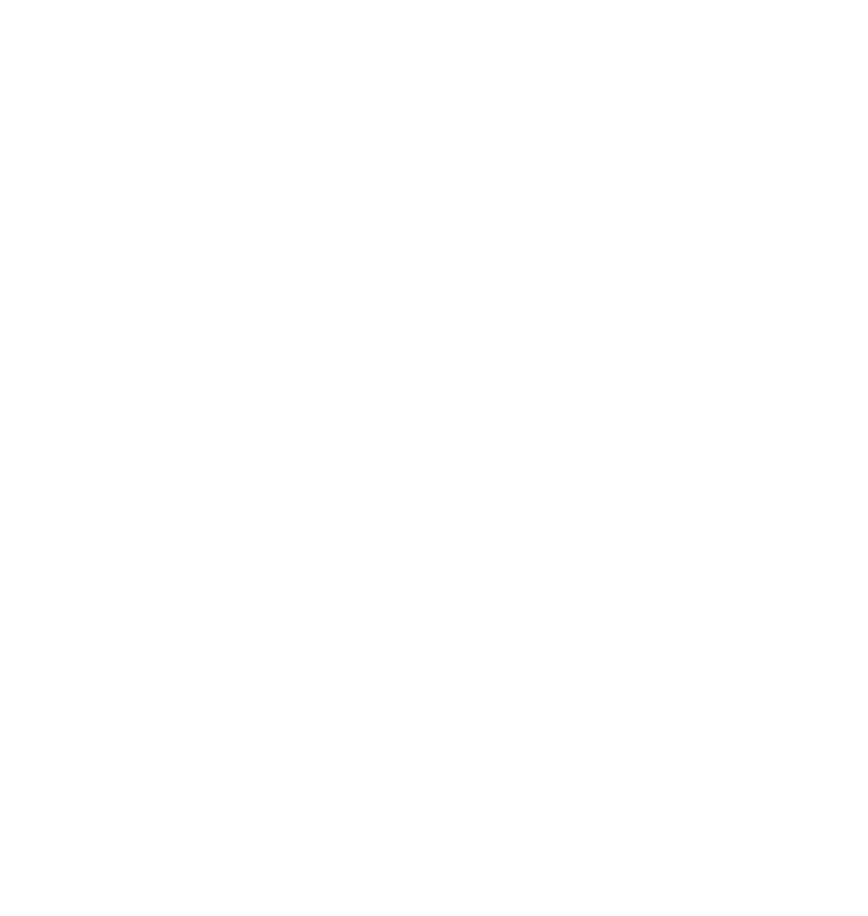 We use cookies on our website to give you the most relevant experience by remembering your preferences and repeat visits. By clicking “Accept All”, you consent to the use of ALL the cookies. However, you may visit "Cookie Settings" to provide a controlled consent.
Cookie settingsAccept All
Managing consent

This website uses cookies to improve your experience while you navigate through the website. Out of these, the cookies that are categorized as necessary are stored on your browser as they are essential for the working of basic functionalities of the website. We also use third-party cookies that help us analyze and understand how you use this website. These cookies will be stored in your browser only with your consent. You also have the option to opt-out of these cookies. But opting out of some of these cookies may affect your browsing experience.
Advertisement
Advertisement cookies are used to provide visitors with relevant ads and marketing campaigns. These cookies track visitors across websites and collect information to provide customized ads.
Analytics
Analytical cookies are used to understand how visitors interact with the website. These cookies help provide information on metrics the number of visitors, bounce rate, traffic source, etc.
Functional
Functional cookies help to perform certain functionalities like sharing the content of the website on social media platforms, collect feedbacks, and other third-party features.
Necessary
Necessary cookies are absolutely essential for the website to function properly. These cookies ensure basic functionalities and security features of the website, anonymously.
Others
Other uncategorized cookies are those that are being analyzed and have not been classified into a category as yet.
Performance
Performance cookies are used to understand and analyze the key performance indexes of the website which helps in delivering a better user experience for the visitors.
SAVE & ACCEPT
Powered by

1. After purchasing tickets no refunds will be made unless there is a possible issue with access to the venue and/or services purchased.

2. In the event that you can not access one of the venues, a refund of the proportional amount of the venue will be made.

3. In the event that a purchased service can not be provided, a refund of the proportional amount of the service will be made.

4. You will be refunded via the same payment method originally used when making the purchase.(cash, credit card, etc).